When it comes to penetrating thoracic trauma, it is vital that you meticulously and systematically clinically examine the entire body to ensure you have identified all wounds that are present. The wound that is missed can often be the one that is most important.

An open chest wound, sometimes called a “sucking chest wound”, can either allow external air to enter the thorax, creating a pneumothorax, or become trapped in the thorax, potentially creating a life-threatening tension pneumothorax. These chest conditions are typically caused by a penetrating injury, such as from shrapnel, gunshot, stabbing or internally from a broken rib penetrating a lung. When air is unable to escape from the pleural space, resulting in increased intrapleural pressure, this pressure can increase to the point where it interferes with venous return, causing circulatory instability, which may result in traumatic cardiac arrest, or compression of lungs, causing ventilatory failure.

Annually, more than 50,000 deaths due to trauma-related pneumothoraces occur in the USA. Pneumothorax ranks second only to rib fracture as the most common sign of chest injury and can be seen in 40–50% of chest trauma patients[4][5].

First responders can play a significant role in pre-hospital care of penetrating trauma. A study showed that in 19% of deaths from penetrating chest trauma, the only injury at autopsy was tension pneumothorax and/or hemothorax[6].

New research from the U.S. Army Institute of Surgical Research has found that in a model of open pneumothorax treated with a chest seal, in which increments of air were added to the pleural space to simulate an air leak from an injured lung, use of a vented chest seal prevented the subsequent development of a tension pneumothorax, whereas use of a non-vented chest seal did not.

The updated TCCC Guideline[7] (June 2013) for the battlefield management of open pneumothorax is;

The vented chest seal has a one-way valve, which allows air to escape, but not enter, the chest cavity, which is why it is recommended that open chest wounds are covered with a vented chest seal whenever possible[8]. If you must use an occlusive chest seal (not recommended or preferred), then you must be vigilant in continued patient assessment, as air may continue to build up inside the chest.

Safeguard Medical offers a variety of solutions for the Respiratory stage in the MARCH mnemonic. The Russell Chest Seal™ is used to cover such penetrating chest wounds, and its four apertures and one-way valve mechanism allows air to escape from the pleural cavity without being drawn back in. This aims to minimise lung collapse associated with this injury and to facilitate lung re-inflation. 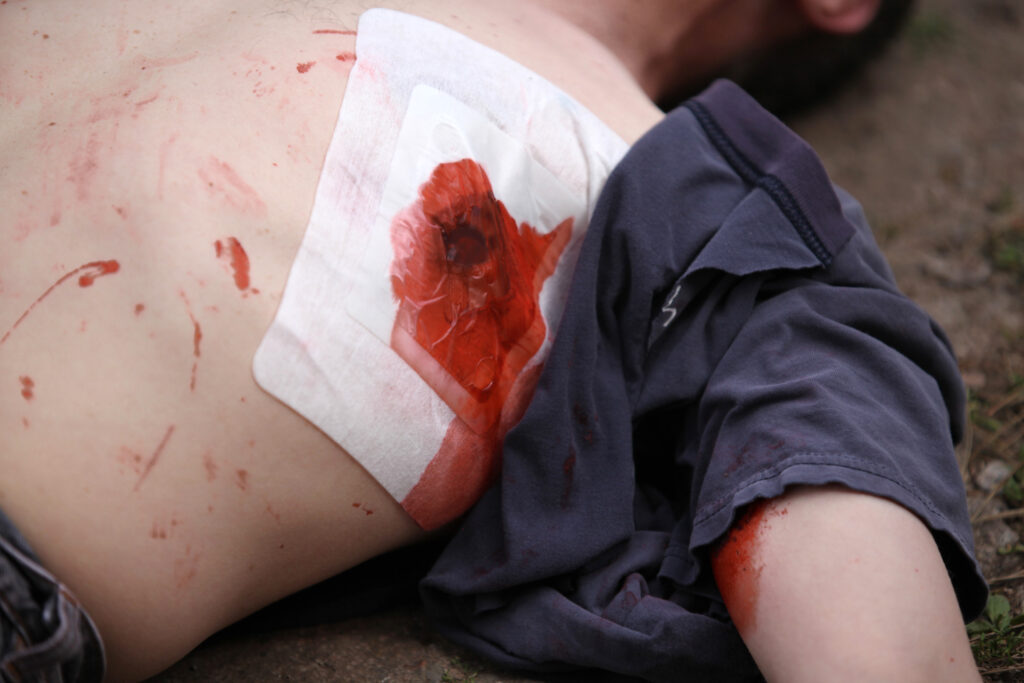 Learn more about our variety of solutions in the Respiration category.