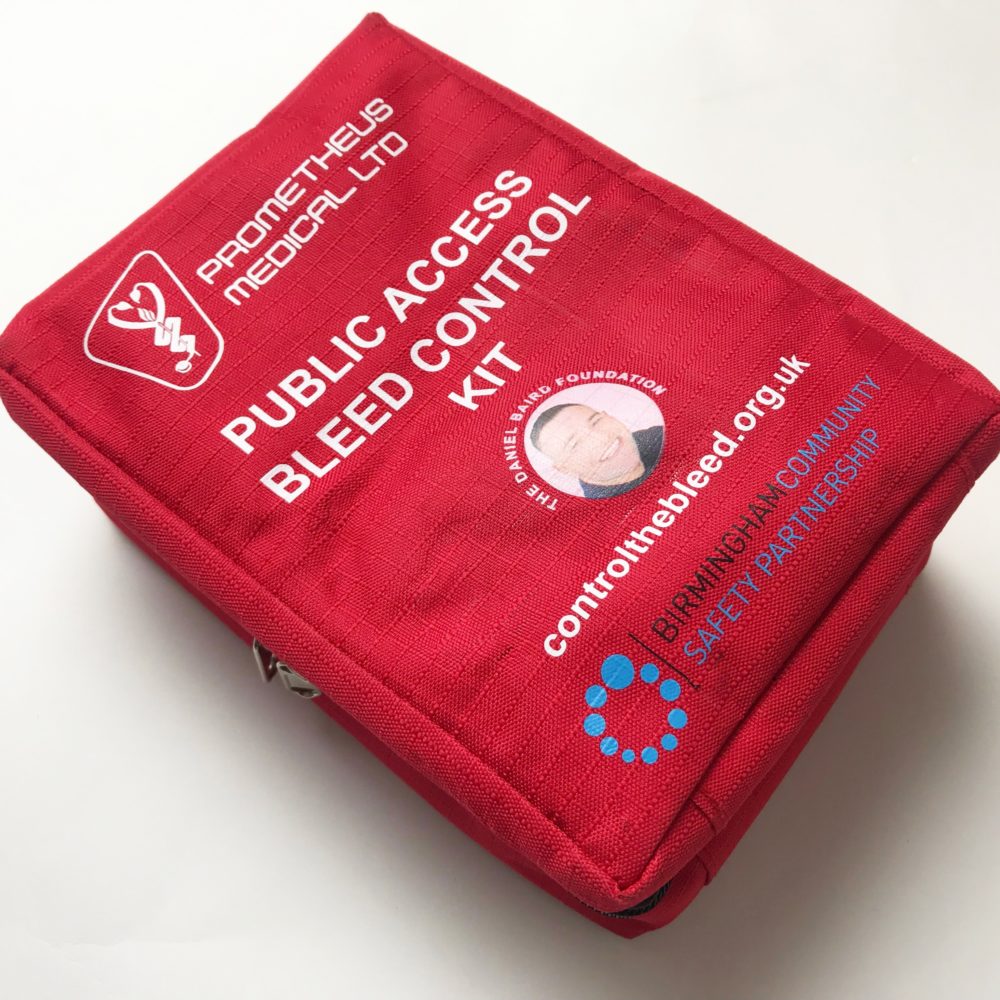 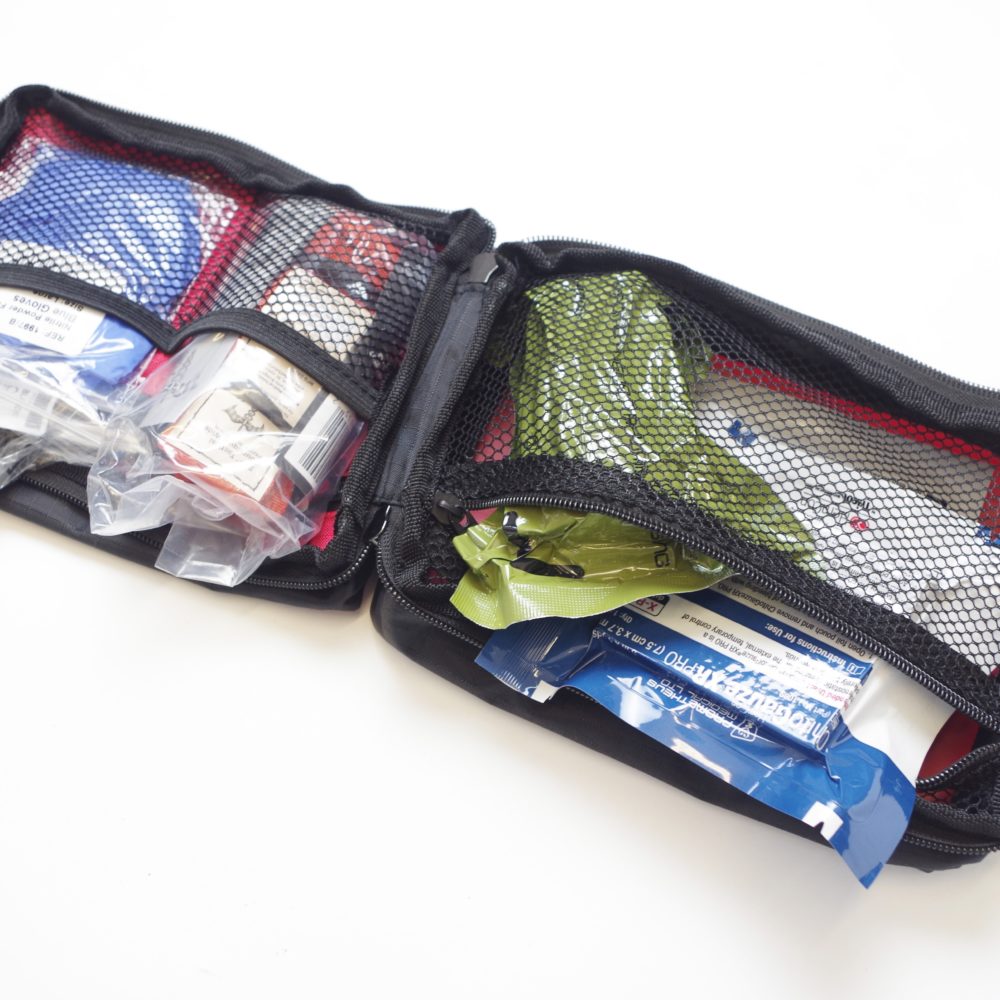 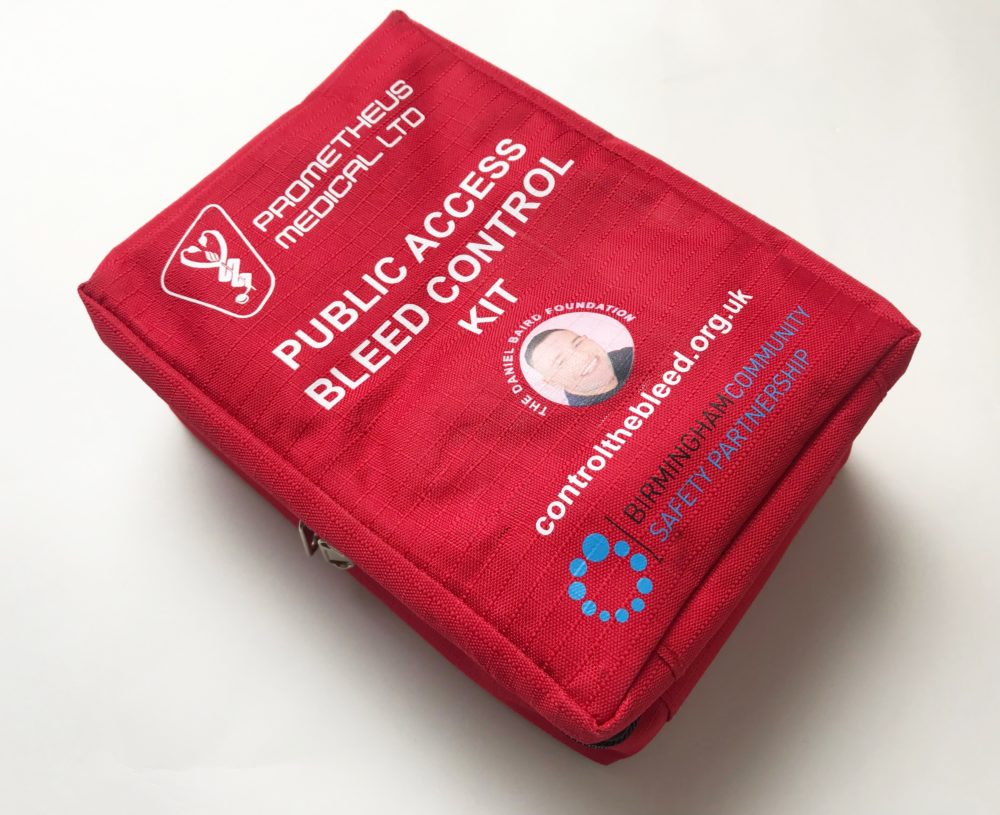 Buy Now Purchasing Info
This device may not be cleared or licensed for use or sale in your individual country.
Please contact your local distributor for information regarding availability of this product.

With response times and speed of treatment being paramount to increasing the chances of saving a life due to catastrophic blood loss, the new Prometheus Bleed Control Kit is designed to help control and stop severe bleeding.
Having extensive knowledge of first-response trauma equipment, Prometheus have teamed up with The Daniel Baird Foundation to raise awareness of knife and violent crime, and to highlight the importance of having publicly accessible bleed control packs available.

The Daniel Baird Foundation has been established in memory of Daniel Baird. Daniel was just 26 years of age when he was fatally stabbed in Birmingham in July 2017, following a night out with friends, in an area where no bleed control kit or trauma pack was at hand to use. The family of Daniel Baird believe that, had there been a publicly accessible bleed control pack available, Daniel’s life may not have been cut so short.

The pack is lightweight, allowing it to be attached to personnel, hung up, or kept within vehicles, with high visibility red colouring, allowing for rapid identification. It includes basic instructions for the lay person to have a straightforward understanding of the equipment included, and where/how to apply.

In addition to working with The Daniel Baird Foundation, Prometheus Medical have been joined by the West Midlands Ambulance Service, and Birmingham Community Safety Partnership to develop what we believe to be one of the most effective and comprehensive forms of bleed control solution.

How To Use The Prometheus Bleed Control Kit